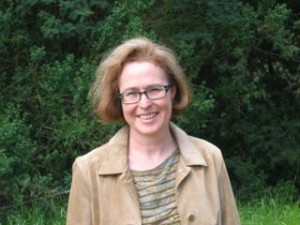 Transparent yet richly multifaceted, Cindy Cox’s compositions synthesize old and new musical designs.  The natural world inspires many of the special harmonies and textural colorations in her compositions, as in her piano trio la mar amarga, the octet Cañon, and the string quartet Patagón.  As Robert Carl notes in Fanfare, “Cox writes music that demonstrates an extremely refined and imaginative sense of instrumental color and texture…this is well-wrought, imaginative, and not easily classifiable music.”

As a pianist, Cox has performed and recorded many of her solo piano compositions, including the Sylvan pieces, Hierosgamos: Seven Studies in Harmony and Resonance, and The Blackbird whistling/Or just after.  A number of her works feature advanced technologies developed at UC Berkeley’s Center for New Music and Audio Technologies (CNMAT), such as the Piano Sampler Etudes and Pianos.  Works with text, such as Singing the lines, The Other Side of the World, and Hysteria evolved through collaboration with her husband, poet John Campion. Together they are currently collaborating on a musical theater and dance project, The Road to Xibalba, based on an ancient Mayan creation myth.

Cox has received awards and commissions from the American Academy of Arts and Letters, the Fromm Foundation, the Guggenheim Foundation, the Mellon Foundation, the National Endowment for the Arts, the American Composers Forum, ASCAP, Meet the Composer, New Music USA, and the Fulbright Foundation. She has been a Fellow at Tanglewood, Aspen, the MacDowell Colony, Civitella Ranieri, and the Giardini La Mortella on the island of Ischia.  Her most recent commission from the Toulmin Foundation is for Dreaming a world’s edge, to be premiered by The Saint Paul Chamber Orchestra.

Her work has been performed at the Venice Biennale in Italy, the Leo Brouwer Festival of Music in Havana, Cuba, the Center for New Music in San Francisco, the American Academy in Rome, Carnegie hall, Merkin hall, and Roulette in New York City, the National Gallery, the Library of Congress, and the Kennedy Center in Washington, the Biblioteca National in Buenos Aires, Argentina, the REDCAT Center in Los Angeles and the Aratani Theater with the Los Angeles Philharmonic Green Umbrella series.  Interpreters include the Kronos Quartet, the National Symphony, the California Symphony, the Alexander Quartet, the Paul Dresher Ensemble, the San Francisco Contemporary Music Players, Earplay, the Eco Ensemble and the San Francisco Chamber Orchestra. Notable performers of her work include David Milnes, Gloria Cheng, Lucy Shelton, Oni Buchanan, Ann Yi, Laura Carmichael, and Jenny Q. Chai.

There are five monograph recordings of Cox’s music, and her scores are published by World a Tuning Fork Press.  A recording of Cox’s complete string quartets by the Alexander Quartet was released in October 2015 on the Naxos label to critical acclaim, and a recording of her piano music, Hierosgamos, was released in January 2017 by ArpaViva recordings.  Her piano trio Wave I was released in spring 2020 on Heard in Havana, a compilation on the Innova label of new works performed in Cuba marking the first performance of American composers there since the embargo. Cox’s music may be accessed on various digital platforms such as Soundcloud and You tube as well as this site.

Cindy Cox’s composition teachers include Harvey Sollberger, Donald Erb, Eugene O’Brien, and John Eaton at Indiana University, with additional studies at Tanglewood with John Harbison, and at Aspen with Bernard Rands and Jacob Druckman. As a pianist she studied with the famed Mozart and Schubert specialist Lili Kraus. Cindy Cox is presently a Professor and former Chair of the Music Department at the University of California at Berkeley.